A structure built in the mid-1700s, burned and abandoned so long ago that not a single picture of it during its days of use exists. The beautiful ruins of the old Sheldon Church in Beaufort County, South Carolina stand amongst enchanting oak trees, their branches draped in Spanish moss. The history of this old southern church can be traced back to twenty-six years before the American Revolutionary War.

Prince William’s Parish was created on an act passed through the Commons House of Assembly on May 25, 1745. The parish name was chosen in honor of William, Duke of Cumberland, son of King George II. When established, it covered the land between the Combahee and Coosawhatchie Rivers.

Construction of the Sheldon Church was completed in 1753, and at this time was known as Prince William’s Parish Church. Originally it had been part of St. Helena’s Parish, but prosperous rice planters in the area found travelin all the way to the town of Beaufort difficult, so this church was built to make it possible for them to attend regularly. Churches built for this purpose were known as chapels of ease.

The building was constructed in the English Georgian style, using the Roman Tuscan order. Construction took approximately eight years, between 1745 through 1753. This church is said to be the first attempt to imitate a Greek temple in the United States.

In 1779, Prince William’s Parish Church was burned by the British under General Augustine Prevost while traveling from Savannah into South Carolina during the Revolutionary War. Forty-seven years later in 1826, the church would be rebuilt. Earlier beliefs had claimed that the church was burned once again in 1865 during the civil war by the Federal Army under the direction of General William T. Sherman. However, more recently, a letter was discovered dating February 3, 1866 written by Milton Leverett. The letter stated that the church had not been burned by Sherman’s army, though the homes near it had been. The insides of the church were removed to reuse as materials in rebuilding homes lost to the destruction of Sherman’s army.

Once gutted, it’s uncertain if the rest of the church was deconstructed and left as we see it today, or if the church was rebuilt, and burned once again in later years. The old Sheldon church ruins were added to the U.S. National Register of Historic Places on October 22, 1970.

So why is it called the old Sheldon Church?

The Sheldon church gets its name from the fact that it was built near William Bull’s Sheldon Plantation. Prince William’s Parish was home to several slaveholders and was a principal rice-growing and cotton cultivation region in the Beaufort area. Nathaniel Heyward was one of the largest slave owners in this area, owning 1,800 slaves and 35,000 acres of land when he died in 1851. About 4,400 of these acres were used to grow rice in Prince William’s Parish. During this time, the Beaufort District’s population was around 38,805, with 32,279, or eighty-three percent being slaves.

Prince William’s Parish members fought for support of the nullification movement in 1832, opposing the Tariff of 1828, which had been enacted into law during the presidency of John Quincy Adams. Industry and farm owners in South Carolina were hurt by the tariff, and South Carolina residents felt it was unfair, as it placed a 38% tax on some imported goods, and a 45% tax on certain imported raw materials. They had hoped that with the election of President Andrew Jackson, his administration would do something to address their concerns, and possibly stop the tariff. After the Jackson administration failed to do anything about it, a conflict started between South Carolina and the United States Government. The state declared the tariff null and void for themselves, and would later be presented a compromise tariff in 1832, which had received support of many Northerners and at least half of the Southerners in Congress. However, South Carolina was still not happy, and on November 24, 1832 a South Carolina state convention brought forth the Ordinance of Nullification. The ordinance claimed the Tariffs of 1828 and 1832 as unconstitutional and unenforceable in their state after February 1, 1833. The state then had begun military preparation to resist any federal enforcement targeted toward them. One month later however, on March 1, 1833, the Force Bill was passed by Congress, which authorized the President to use military force against the state of South Carolina. Also passed was a new negotiated tariff called the Compromise Tariff of 1833. South Carolina was finally in agreement with this tariff, and the convention got together and repealed the Nullification Ordinance on March 15, 1833. When you would just think things were over though, only three days later, the state fought back and nullified the Force Bill.

Though they were happy with the tariffs being lowered, the area still remained a center of secession throughout the Antebellum period. Following the end of the Civil War, a new state constitution was adopted in 1865, which recognized the abolition of slavery. In addition, it further equalized legislative representation, allowing black men to participate in the election of delegates to the convention for the first time. Many whites refused to participate in the approval of this constitution. During this same year, directly after the adoption of the new state constitution, the parish system was abolished, and Prince William’s Parish was then incorporated into the Beaufort District.

While no photos exist to show us what it formerly looked like for certain, there is one restoration painting by John Wenrich, which can help give us a glimpse into how the structure may have looked before it was burned. This painting may be the closest we will ever get to visualizing what the old Sheldon church once was, but that’s not saying for sure that an old painting isn’t sitting in someone’s attic.

Inside and around the former church you’ll find numerous graves. Inside the walls of the church lie the remains of Colonel William Bull, who alongside General Oglethorpe had helped to establish the physical layout of Savannah, Georgia’s streets. In 1733, Bull surveyed the land and formed the basic grid pattern of the streets and squares that have, to this day, continued to be used.

Visitors could once visit and tour the grounds, but in more recent years the site has been blocked off, mostly due to vandalism.

Thanks for checking out Architectural Afterlife! If you enjoyed this post, you might enjoy checking out these other abandoned or historic churches

One Of The Most Unique Instruments In The World Abandoned

This Company Made Some of the Largest Machines in the World

Hough Bakery – One of the Greatest Bakeries in US History

After signing up, you will receive one more email to customize what kinds of emails you receive from Odd World Studio!

You have successfully joined to receive updates from Odd World Studio!

Search by State/City or Keyword 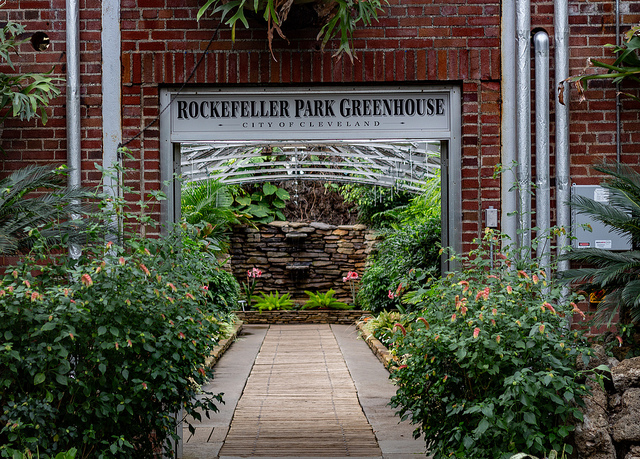 Rockefeller Park Greenhouse was Opened in 1905 on land donated to Cleveland from oil Tycoon John D. Rockefeller. Originally the greenhouse was solely used as a place to grow plants to landscape the city’s many parks and gardens. Over The years a new entryway and meeting area were added to the greenhouse along with beautiful botanical gardens that anyone can visit. The best part? The green house is always free to visit! 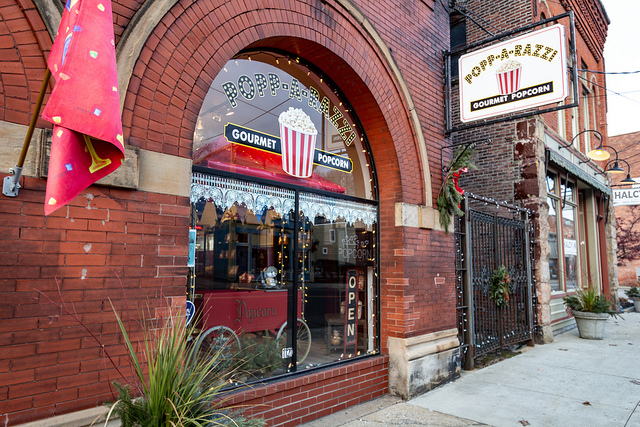 Pop- A- Razzi is a new movie themed, gourmet popcorn shop located in the historic Ashtabula Harbor. They offer a variety of savory , sweet and seasonal popcorn flavors! They also do flavors for different holidays, Valentines day is coming up and they are doing a White Chocolate Cherry Vanilla! Can’t wait to share a bag with my Valentine! You can even order popcorn for your next event, schools, weddings, birthday parties or corporate events Pop-A-Razzi has got you covered! Housed in what used to be the local fire station, this cute popcorn shop is a fun addition to the Ashtabula Harbor area! 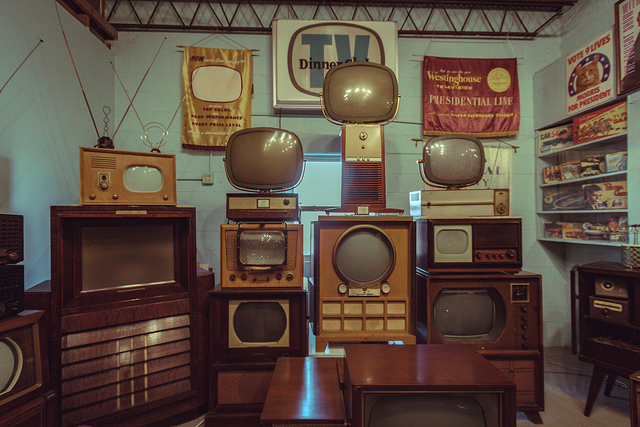 The Bomb Shelter located in Akron Ohio, is Northeast Ohio’s coolest retro antique superstore! Started in 2011 this unique store has 18,000 square foot of retro goodies sure to blast you right into the past. It’s probably the closest thing you will get to riding in a time machine that’s for sure!